By: Adam Rawnsley and Noah Shachtman

American drone strikes are finding their targets in Pakistan through a series of infrared homing beacons, Al Qaeda alleges in a new online publication.

The American and Pakistani intelligence services credit U.S. unmanned aircraft with decimating the ranks of terrorist and insurgent operatives in Pakistan. "Very frankly, it’s the only game in town in terms of confronting and trying to disrupt the Al Qaeda leadership," CIA director Leon Panetta said in May. The unmanned aircraft have supposedly carried out 28 attacks on suspected militants, just since the start of the year. Hundreds have been killed, including as many as 45 more people in a series of strikes today.

But how the killer drones find their targets has been a matter of some dispute. Local Taliban commander Mullah Nazir, himself an occasional target, says they’re guided by SIM cards, installed in militant cell phones. Area tribesman talk of homing devices, planted by informants, that are capable of signaling American aircraft. In* The Ruling Concerning Muslims Spies*, an internet-distributed book written by self-styled theologian and emerging Al Qaeda leader Abu Yahya al-Libi, warns readers of American infrared devices which he claims directs the attacks on Al Qaeda and its allies.

"These result in the firing of the murderous and destructive missiles whose wrath is inflicted on the Mujahedeen and the weak," he writes. Then he provides "photos of some of the devices the spies painstakingly transport to the targets they are assigned by their infidel patrons."

The pictures of the "chips with 9 volt batteries" provided in the book (see photo, above) bear a sharp resemblance to the Phoenix and Pegasus models of infrared flashing beacons made by Cejay Engineering. The devices are used by the U.S. military, among others, to identify friend from foe, mark drop zones, and outline perimeters.

The gadgets use LEDs, powered by a 9 volt battery, to emit beacons of infrared light that are visible only through night vision equipment. A six-second memory can be programmed to flash in Morse-type codes and other sequences. The lights can be seen at "distances of over five miles and can also be seen through clothing and underwater," according to one distributor. from a distance of up to five miles. They can weigh as little as a half-ounce, are as small as an inch-and-a-quarter, and have a battery life of nearly 100 hours. The Phoenix family of infrared beacons have been in use since 1984, making them the “the most widely used electronic Combat ID system in the world."

American Predator and Reaper unmanned aircraft are both equipped with infrared cameras, making such beacons a natural drone signaling mechanism. And because the devices are relatively simple and cheap – less sophisticated models can be purchased online for as little as $25 each – they can be handed out to informants, without fear of compromising clandestine, sophisticated American technology.

"Transmitters make a lot of sense to me," former CIA case officer Robert Baer previously told about the general notion of beacons guiding in drone strikes. "It is simply not possible to train a Pashtun from Waziristan to go to a targeted site, case it, and come back to Peshawar or Islamabad with anything like an accurate report. The best you can hope for is they’re putting the transmitter on the right house."

In April, 19 year-old Habibur Rehman made a videotaped "confession" of planting such devices, just before he was executed by the Taliban as an American spy. “I was given $122 to drop chips wrapped in cigarette paper at Al Qaeda and Taliban houses,” he said. If I was successful, I was told, I would be given thousands of dollars.”

But Rehman says he didn’t just tag jihadists with the devices. "The money was good so I started throwing the chips all over. I knew people were dying because of what I was doing, but I needed the money," he added. Which raises the possibility that the unmanned aircraft — America’s key weapons in its covert war on Pakistan’s jihadists and insurgents — may have been lead to the wrong targets. 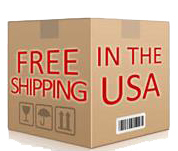